Support for and contact with the internees fell to the women of the local Cumann na mBan, one of whom was Nora O’Neill, Captain of the Castletownbere company of Cumann na mBan.  Over forty of the internees signed an autograph book for Nora.  Ted O’Sullivan’s hardback book features short biographical sketches of each autograph writer, along with a biographical sketch of Nora O’Neill.

The book is published with the support of Cork County Council.

Ted O’Sullivan is also the author of Bere Island: A Short History. 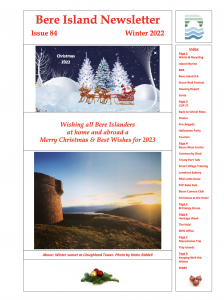